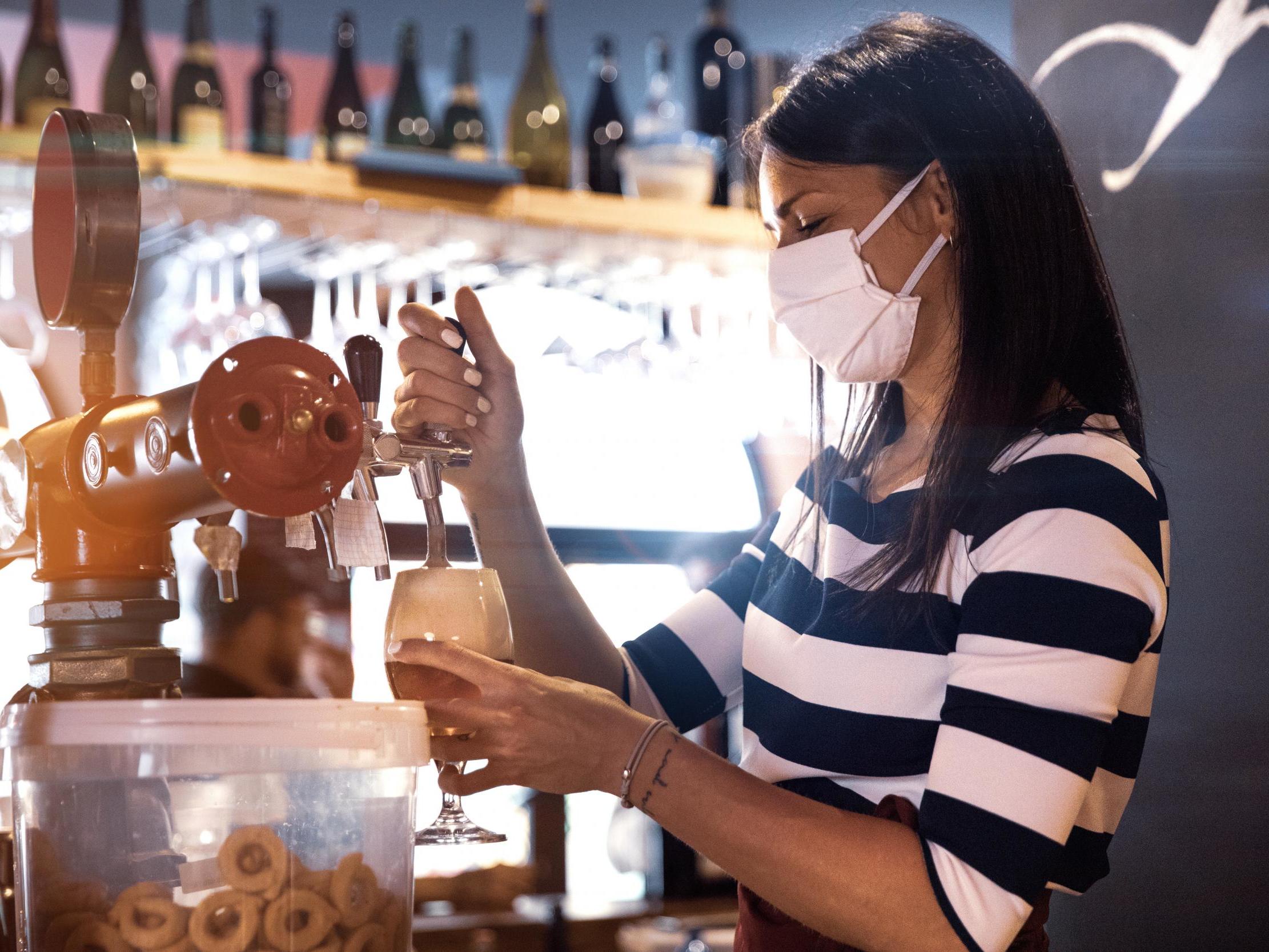 Pubs, bars and restaurants will be reopened with strict measures enforced to limit the spread of the coronavirus, Boris Johnson is expected to announce next week.

Hospitality has been among the hardest hit industries during lockdown – with the majority of businesses unable to function under social distancing rules.

Now as part of easing measures due to be implemented at the start of July, the prime minister is expected to outline a raft of measures to keep workers and the public safe.

Guidance drawn up by the hospitality sector and ministers is understood to encourage pub-goers to order drinks using apps instead of going to the bar – according to The Times – while pubs and bars could be patrolled to ensure social distancing is maintained.

With the coronavirus alert level having been reduced on Friday, the prime minister believes he has some space to relax measures in a boost for the sector.

Whitehall officials said the review he ordered into the two-metre social-distancing rule, which seeks to slow the spread of the virus but would constrain the hospitality sector, is expected to conclude next week.

Guidance drawn up by the hospitality sector and ministers is understood to encourage pub-goers to order drinks using apps instead of going to the bar, while current legislation was said to include the powers for patrols.

The Times reported that restaurant tables would not be set in advance and room service would be left outside doors in hotels under the guidance. It was being stressed that decisions on the further easing of measures were yet to be made, but the PM said the lowering of the alert level from four to three allows ministers to “start making some progress” on social-distancing measures. And he promised new guidance for the hospitality sector and businesses “very shortly”.

The downgrading – recommended by the Joint Biosecurity Centre (JBC) – means transmission of coronavirus is no longer considered to be “high or rising exponentially”. Localised outbreaks of Covid-19 are still “likely” to occur, the advisers warned, and the virus remains in general circulation.

Mr Johnson also told the public on Friday to “watch this space” when asked whether the distance restriction could be reduced to help schools in England return in autumn. He has been under significant pressure from Conservatives to relax the distance and on Friday night former business secretary Greg Clark said evidence from other nations is “lower social distancing has worked”.

“It’s important we should benefit, it seems to me, from the experiences of others in this,” the Tory MP told BBC’s Newsnight.

Government scientific advisers have said they would be comfortable with a reduced distance if risk-mitigating measures were taken, such as people sitting side by side and wearing face coverings.

The PM also said it is his intention that children of all ages in England should be able to return to school on a five-days-a-week basis in September. Education secretary Gavin Williamson suggested that primary school class sizes of 15, known as “bubbles”, could be expanded back to their normal size to allow more children back in the classroom.

At the Downing Street daily briefing, Mr Williamson said he wanted all year groups to return to school “full-time” in September, adding that further guidance on safety measures will be published in the next two weeks.

In Wales, First Minister Mark Drakeford was planning to end its five-mile restriction on travel next month and allow holidaymakers to return a week later. And in Northern Ireland, most pupils are set for a return to education in the autumn after ministers agreed to cut the social distancing measure to one metre.