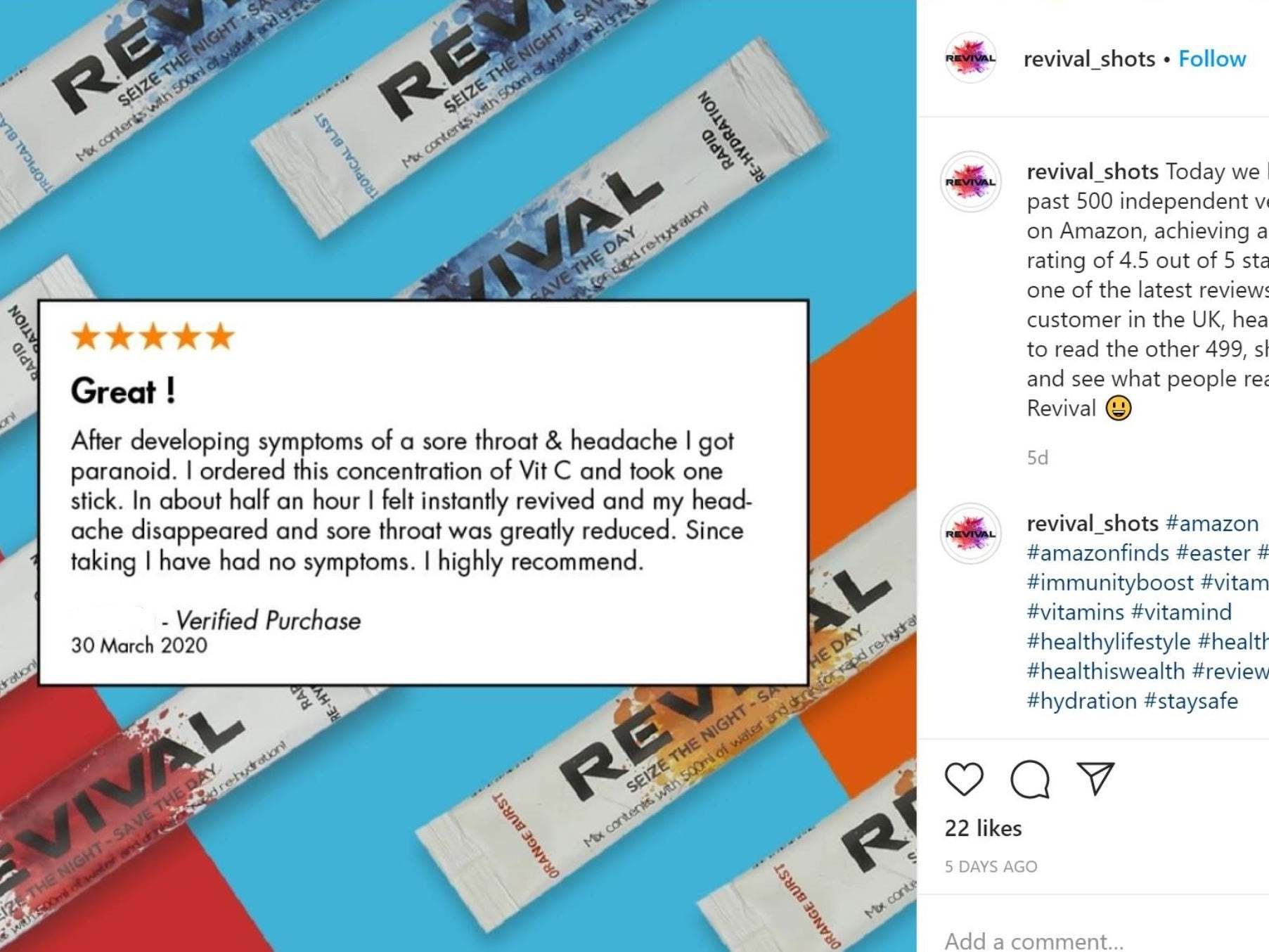 A former contestant of The Apprentice has had his company’s adverts banned for implying that the products offered a “cure for coronavirus“.

The company Revival Shots, which was founded by Daniel Elahi, says on its website that it offers “revival rehydration and recovery” with products that are “backed by science”.

In April, the firm posted an advert on Facebook and two adverts on Instagram that were criticised by the Advertising Standards Authority (ASA) for claiming that the brand’s rehydration powders could prevent, treat or cure diseases, including the coronavirus.

In the advert that was shared on Facebook and Instagram, it said that vitamin C was being tested in the US and China “as a possible cure for Covid-19“.

The caption stated that each of the Revival Shots sachets contained 500mg of vitamin C.

The ASA stated that it “considered the ad therefore implied that consuming Revival Shots could, through their vitamin C content, help to cure Covid-19”.

The second advert shared on Instagram included a screenshot of a review of a Revival Shots product.

In the review, the consumer wrote that after developing a headache and a sore throat, they started to feel “paranoid”.

However, after consuming a vitamin C product, their headache reportedly “disappeared” and their sore throat was “greatly reduced” within half an hour.

The ASA ruled that the advert could have led consumers to believe that the claims being made in the review were linked to the coronavirus pandemic.

“Given that the ad was posted in mid-April 2020 during the Covid-19 pandemic, referred to symptoms sometimes associated with Covid-19 and the reviewer’s ‘paranoia’ about those symptoms, and included the hashtag ‘#staysafe’ which was commonly associated with the pandemic, we considered consumers would understand that the claims in the review were intended to be understood to relate to Covid-19,” the watchdog said.

All three of the adverts have been removed, Revival Shots said.

The non-broadcasting advertising code forbids adverts that state or imply that food products can prevent, treat or cure disease.

In addition to implying that its products “could cure human disease”, the ASA also found that Revival Shots could not support its claims that its products’ vitamin C content could boost immunity.

“Revival Shots had not provided any evidence to demonstrate that their products contained any vitamin in amounts sufficient that they could use any of those authorised health claims in advertising for their products,” the watchdog stated.

“The ads must not appear again in the form complained about.”