Coronavirus: Why are survivors being asked to donate plasma? 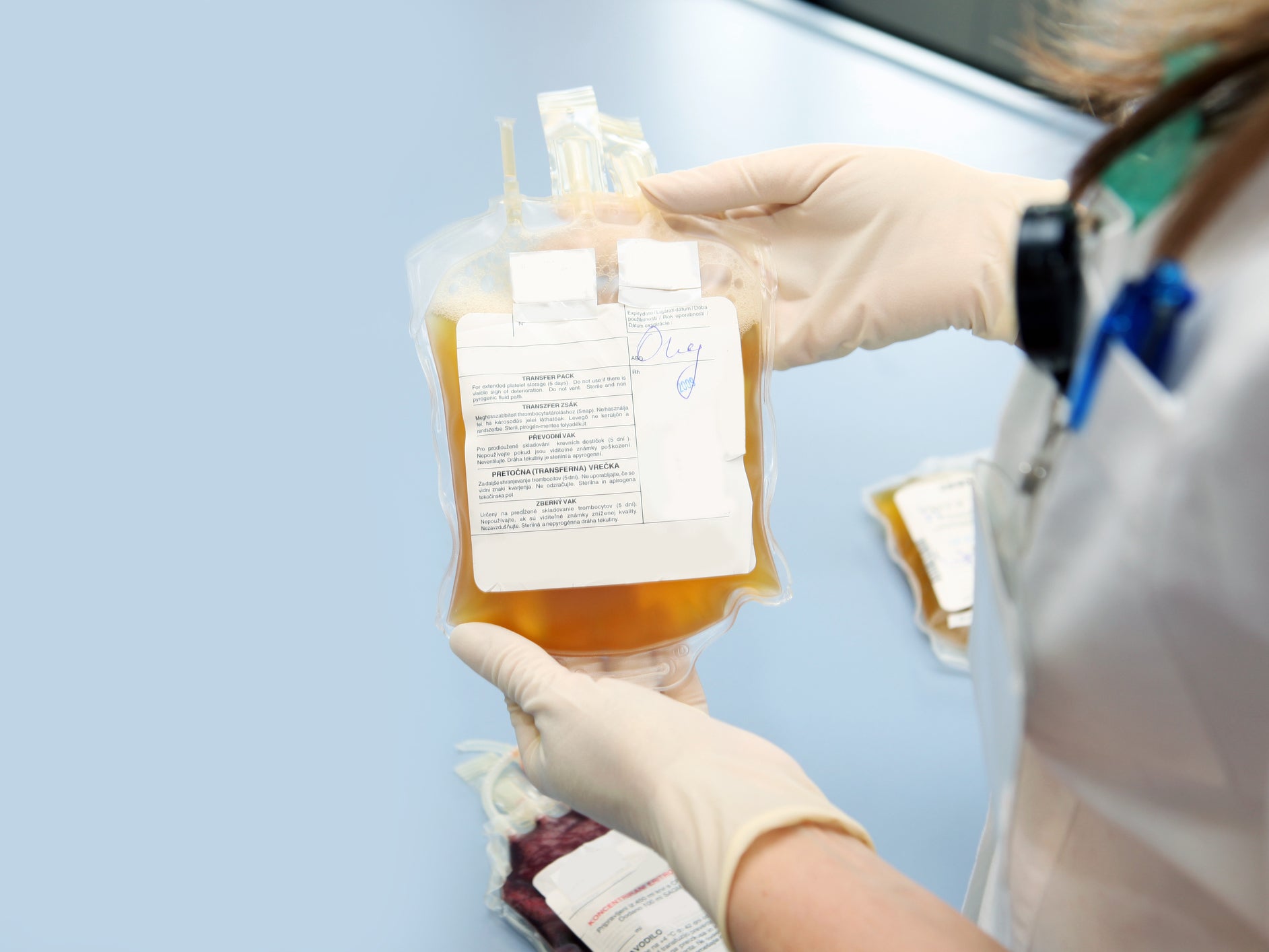 Health officials in the UK have issued a rallying call for those who have recovered from the coronavirus to donate their plasma.

According to preliminary research, there are three groups of patients whose plasma could have the most potential to help others, due to the antibodies produced by their immune systems when fighting the virus.

These include patients who are over the age of 35, males and those who required hospitalisation.

NHS Blood and Transplant (NHSBT) is currently appealing to recovered coronavirus patients, particularly those who fall into those three categories, to put themselves forward as plasma donors.

Prof David Roberts, NHSBT’s associate medical director for blood donation, said: “Please help your NHS fight Covid-19. Convalescent plasma donation is safe and easy and you could save lives. If you get the call, please donate.”

Dr Alessandro Giardini, a consultant in the cardiology department of Great Ormond Street Hospital, has been billed as an antibody ‘super donor’ after he spent seven days on a ventilator in intensive care after contracting the virus.

The 46-year-old, from Camden, London, was later found to have the highest antibody level of any recovered patient measured so far, with 40 times the amount typically found in a convalescent plasma donation.

Dr Giardini said that even though it was “scary” to return to a medical environment after his ordeal, he felt that “if there was any chance I could help someone else who was still ill with Covid-19, that I needed to do it”.

Here is everything you need to know about plasma donation.

What is convalescent plasma?

“Plasma is a clear liquid found in your blood that is used for transfusions,” the NHS explains.

“It makes up about half of your blood volume and carries red and white blood cells and platelets around the body.”

When you have recovered from a virus, your plasma contains antibodies which help to fight future infection. This is called convalescent plasma.

Why does the NHS want plasma?

“The evidence so far is that men and older people are more seriously affected by coronavirus,” he said.

How can convalescent plasma help a patient being treated for coronavirus?

If a patient has recovered from the coronavirus, their immune systems will have produced antibodies found in their plasma that could be used to help treat others.

The NHS outlines that this antibody-rich plasma can be “transfused to patients whose immune systems are struggling to develop their own antibodies”.

If plasma is taken from a patient “no sooner” than 28 days after they have recovered from Covid-19, it is “hoped” that their plasma “will contain a high level of this neutralising antibody”.

This should in turn help other patients currently suffering from the virus to “improve their speed of recovery and chances of survival”.

This treatment is currently being undertaken in national clinical trials, with the plan being to later make it widely available across hospitals.

How are plasma donations being undertaken?

“Two clinical trials have been given approval to determine if plasma donated by patients who have recovered from Covid-19 can help those battling the illness,” the NHS says.

These clinical trials are being conducted in collaboration with the NHSBT Clinical Trials Unit.

The NHS stresses that “if transfusions are shown to help patients”, then the trials will build in capacity to allow plasma to be collected and delivered to patients “at a large scale”.

Once you have arrived to donate your plasma, the process should take around 45 minutes.

Who can donate plasma?

In order to be viable as a plasma donor, you need to have either tested positive for Covid-19 or have exhibited clear symptoms of the virus.

However, donors who have confirmed coronavirus test results, people who are already blood donors and those who are “healthy enough to be able to donate” will be prioritised.

“It is important that donors have recovered and their body has had time to develop a good antibody response,” the health service states.

“For these reasons, we are currently collecting plasma no sooner than 28 days after recovery.”

When you submit your application to become a plasma donor, you will need to meet certain “eligibility criteria” and be able to travel to a plasma collection venue.

Is anyone restricted from donating their plasma?

The NHS states that no one is prevented from becoming a plasma, blood or platelet donor “based on their sexuality”.

However, the rules for plasma donors are “the same as those for whole blood donors”, which includes limits on male donors who have sex with men.

“This rule applies to every man, regardless of their sexual orientation, whether they’re in a stable relationship or whether they use protection such as condoms or pre-exposure prophylaxis (PrEP).”

The NHS outlines that this rule is in place in order to reduce the risk of any “very recently acquired infections” from being unsuccessfully detected.

It adds that “at a population level, men who have sex with men are at an increased risk of acquiring certain infections through sex”.

Earlier this month, critical care manager Andy Roberts was prevented from participating in a plasma trial after telling an operator over the phone that he was in a same-sex relationship.

“We have been together in a monogamous relationship for more than 30 years and I previously didn’t know of this outrageous three month rule,” he said.

“It only goes to show that in the UK being gay is still thought as a form of contamination, so if you’re straight and sleep with a different person every weekend it’s safer according to [the rules].”

Laura Russell, director of policy at Stonewall, said that deciding who should be allowed to donate their blood or plasma “should be based on individual risk assessments, not on people’s sexual orientation”.