‘Those with autoimmune conditions are ripe for falling through the cracks’: Chronic illness in the age of coronavirus 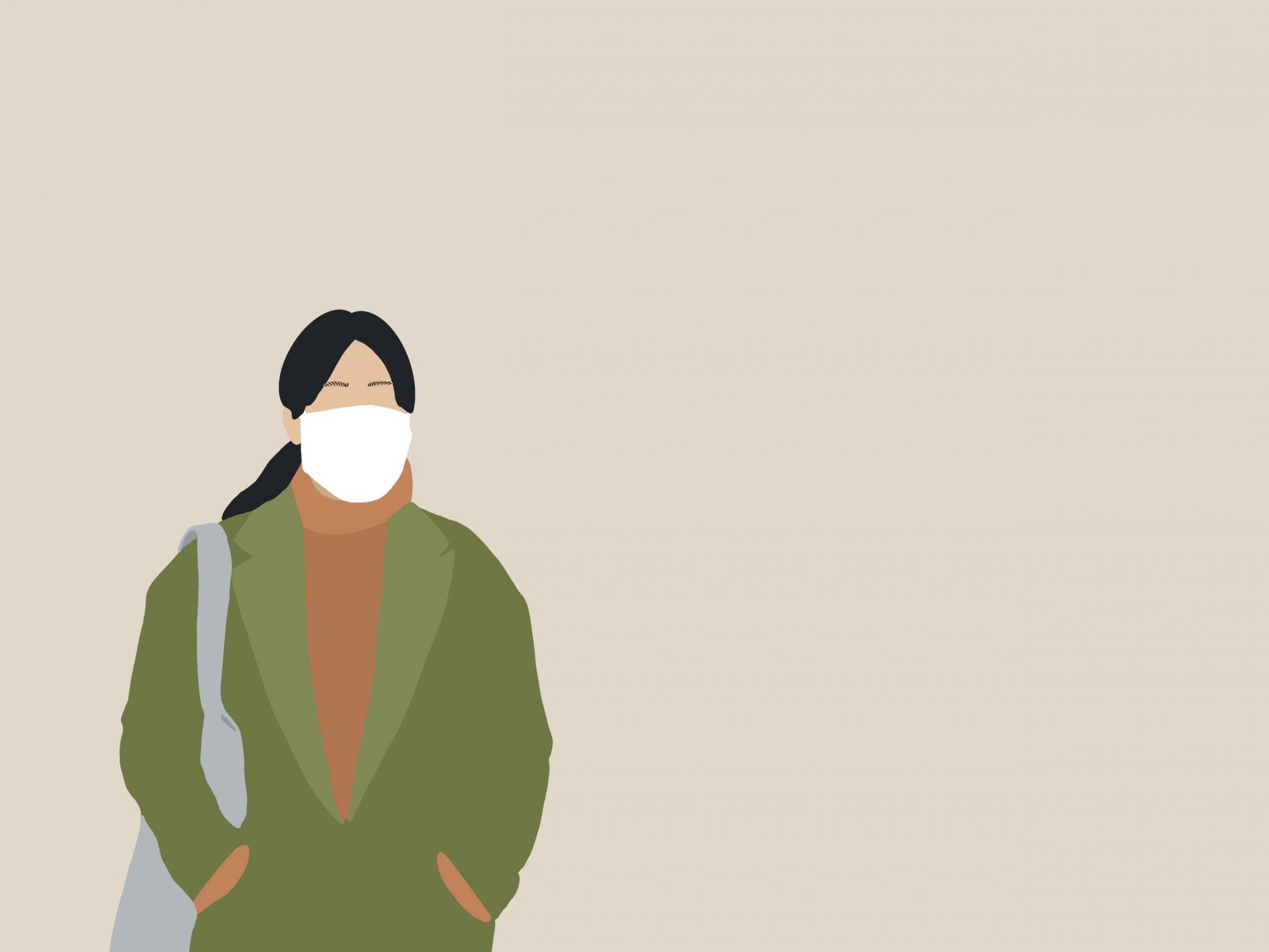 Last week Anita Howell told her boss she would be taking three months of unpaid leave from her job as a supermarket checkout worker because of her fears over the coronavirus. The 45-year-old from Burgess Hill in West Sussex has chronic asthma and is in remission from breast cancer, but she’s not only worried about her own health. Her husband Simon is on a strong course of immunosuppressant drugs following a life-saving kidney transplant in 2018.

“We can’t wrap ourselves in a bubble,” Howell tells me over the phone. “We’re still leaving the house, but I think any steps I can take to reduce the risk of infection for us I should.” On Tuesday, for example, when Howell went food shopping she took wipes to clean the trolley and the chip and pin card reader before using it.

The family has also stopped attending church and told their son’s school they may remove him before any potential government-mandated closure because they can’t risk him bringing the virus home to Simon, who has been admitted to hospital three times in recent years with septic shock.

The Howells are part of a significant number of people with underlying health conditions, or so-called “invisible illnesses” across the UK who feel they are at greater threat from coronavirus but are not being treated as such.

There are now more than 120,000 confirmed cases of coronavirus worldwide, with 590 in the UK including the Conservative health minister Nadine Dorries, and eight confirmed fatalities across the country. Reports on the deaths have almost-universally cited the patient’s age and “underlying health conditions” as the cause of death (in conjunction with the virus) but have not given more specific details.

A small study of the early outbreak in Wuhan, China indicated that those most likely to die were middle aged (56 on average) and had common conditions like diabetes, high blood pressure or heart disease. Although these conclusions are based on limited data (191 individuals in two hospitals) it is small comfort to those with pre-existing conditions like diabetes (six per cent of the UK), heart or lung problems (7.4m people) and those with compromised immune systems, who feel left in the dark.

Public Health England told The Independent the reason more information isn’t being given isn’t an oversight but because at the moment “we are not seeing widespread transmission of coronavirus in vulnerable people in this country”. However they did issue a caveat: “It is important that people aged over 60, as well as those with pre-existing medical conditions are aware that they are at greater risk.”

Nevertheless, the advice remains the same for those with underlying health conditions as for the general population: “We advise they should do all they can to avoid close contact with anyone with flu like symptoms and to wash their hands regularly and thoroughly. Other members of the public with symptoms should not visit elderly relatives.”

Joanne Kelly, 49, from Cheshire, who has congenital heart disease, chronic heart failure and pulmonary hypertension, which has been getting gradually worse since 2013, says she feels people with underlying health conditions are being overlooked. “People with invisible illnesses are just that – invisible, especially in this crisis,” she says. “I’m already classed as high risk when it comes to viruses such as flu.”

Her family is “extremely worried” about her, particularly because she is struggling to buy items she normally relies on to stay safe. “It is affecting the way we can protect ourselves with the mass population buying sanitisers in bulk, leaving people like me unable to buy any,” she explains. “I definitely think the authorities should have thought more about people like me ensuring they received first dibs.”

Given the respiratory nature of coronavirus, many people with asthma (which affects 4.3 million adults in the UK in varying levels of severity) are also feeling concerned that their already-compromised health may not be prepared for a novel virus. Sophie King, 24, from London, has had asthma her entire life but she went through a particularly severe period at university when she was relying on a twice-daily steroid inhaler.

“Of course [coronavirus] is a concern, I’ve had colds that have triggered asthma attacks where I’ve had to take steroids and have weeks off work – even getting upstairs was like running a marathon,” she says.

“But because so many people don’t see [asthma] as a big thing so when I say I’m concerned it’s just brushed off,” she says. “I think people need to appreciate that it’s a natural reaction for anyone with a chronic illness or underlying health condition to be more concerned.”

Asthma UK’s current advice is to keep taking your preventer inhaler daily as prescribed. This will help cut your risk of an asthma attack being triggered by any respiratory virus, including coronavirus, it says.

As well as those with respiratory-related illness, another group of people concerned about potential consequences of coronavirus are those with compromised immune systems: Joel Nelson, 35, from Norwich is particularly prone to chest infections, in 2009 he contracted swine flu, as he takes immunosuppressant drugs to treat arthritis.

“The drugs I take make me particularly susceptible to infections in the ear, nose, throat and upper respiratory tract area,” he says. “I have had five or six chest infections since October. Any strain of flu doing the rounds is a threat to me but especially those with a high mortality percentage, which often occurs in new strains.” So far he has had no specific advice given by his doctor (apart from a generic voicemail message on an answerphone).

From the outside Nelson says he looks healthy (he played rugby and completed a 100-mile bike ride last year) so people presume he isn’t at risk. “I don’t think as a 35-year-old I come into their thoughts. Those with autoimmune conditions are ripe for falling down the cracks.”

Anna Boekweit-Hughes, 37, from the Wirral, also takes immunosuppressant drugs to treat rheumatoid arthritis and says she has felt nervous watching the coverage. “The news coverage I have read has not gone into any detail surrounding the underlying health conditions, which does make you more nervous when you have one,” she says.

George Pepper, 37, from Leeds has multiple sclerosis and runs a community group for MS. He says many others are worried about their vulnerabilities because they take immunosuppressant drugs to slow the progress of the MS. “Although in the past couple of months COVID-19 has had more of an impact on older generations, it does not mean they are the only ones at risk. There are many elements of the virus that are unknown, but what we do know is that it puts people with underlying health conditions at risk,” he says.

Sally Shorthose, 57, from Surrey is also on immunosuppressant medication, and is still commuting into her office in London, says: “ I have, for the first time in my life been genuinely frightened of contracting something, as dealing with the consequences will be out of my control. I know that my condition means that I will have little within me to fight it off.”

Shorthose says she feels that those with underlying health conditions are being dismissed as “only those people” implying they are a small and insignificant minority who are inevitable victims of such outbreaks. “I feel frustrated – where has our collective compassion gone?”

As the number of confirmed coronavirus cases in the UK rose by 100 in less than 24 hours on Thursday, the country sits in wait for the government to decide whether to upgrade the UK’s status from “containment” to “delay” – a sign they believe they can no longer stop the virus spreading. And for those with underlying health conditions only time will tell if they were right to be so concerned.