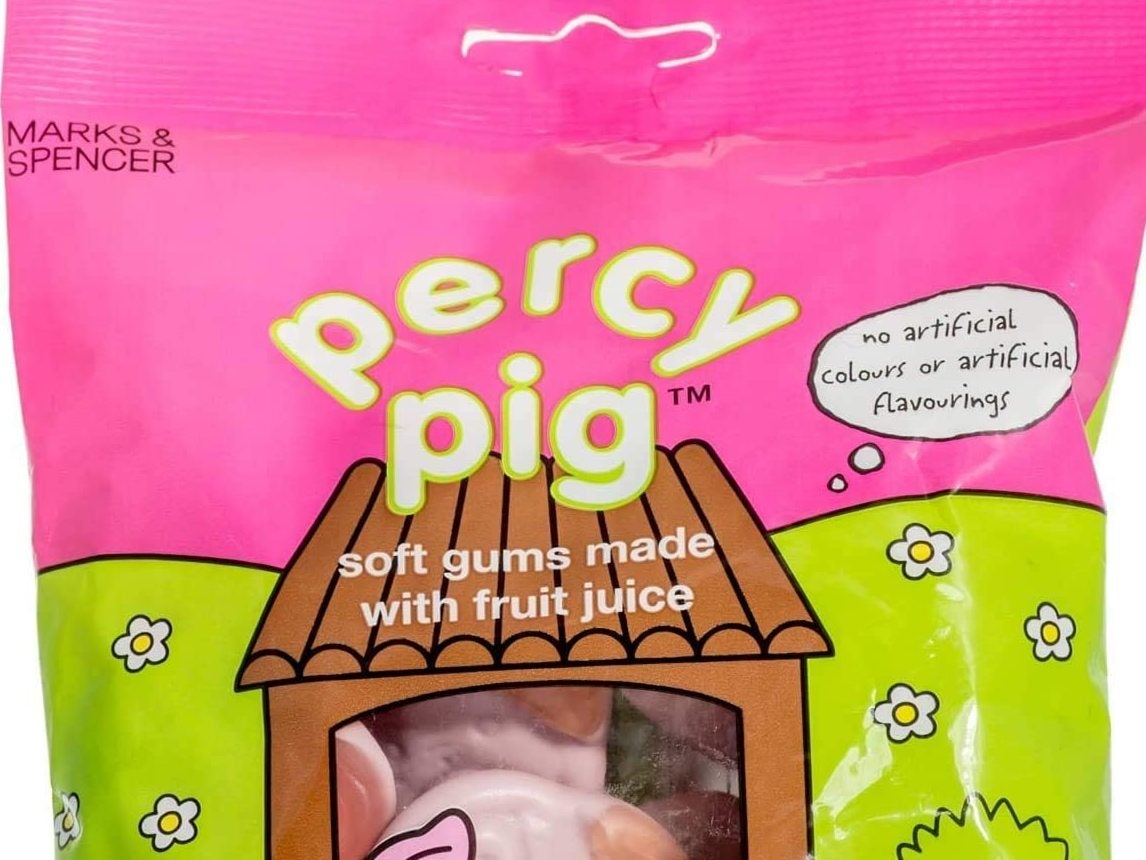 The packaging for the Percy Pig gummy sweets sold by Marks & Spencer has been branded “genuinely misleading” in a report on food and healthy eating across the nation.

The National Food Strategy, a government-ordered review led by Leon restaurant founder Henry Dimbleby, describes the country’s approach to healthy eating as a “slow-motion disaster”, stating that an additional 1.5m children should be provided with free school meals in England.

While Mr Dimbleby praised the government’s recently released obesity strategy, which included banning “buy one get one free” offers on certain food products and introducing calorie labelling on menus in restaurants, he also warned of the harm “misleading packaging” can have.

In its report, the National Food Strategy accuses the food industry of “clothing itself, and its products in false virtue”, using Percy Pig sweets as an example.

Mr Dimbleby pointed out that while the sweets state on the front of its packaging that it contains all natural fruit juice and that the sweets are placed “right by your kids’ little fingers”, the first four ingredients listed include different forms of sugar, including fructose syrup and glucose-fructose syrup.

“And actually, when you look at the food world, the reason I pick M&S is because they have integrity as one of their values, but it is rampant in the food world – you know, low fat (food) which is actually high in sugar, or free from this and that.”

Mr Dimbleby stated that while chief executives of food companies need to “respond to commercial pressures”, they need to also make “value-based decisions”.

“I think CEOS do have to respond to commercial pressures but they are not innocent, bobbing about on the waters of commerce, unable to take any value-based decisions,” he said.

“I think they do need to take a look at what they’re doing. I think boards in these companies very quickly, if they were to ask these questions, could, without any need for regulation from government, improve the system a lot.”

He stated: “I think it’s time they realised that they have been putting their head in the sand for too long.”

Mr Dimbleby added that some fruit snacks are “being clothed in a veneer of goodness”, despite possibly being no healthier for consumers “than a Mars bar”.

Nonetheless, the National Food Strategy lead said that he does not think sweets should be presented in plain packaging, stating that the majority of people feel that implementing this measure would be an extreme move for the government.

In May 2019, it was reported that Marks & Spencer had made its Percy Pig range 100 per cent vegetarian friendly, removing gelatine from the recipe in response to consumer demand.

In response to the criticism of Percy Pig packaging in the National Food Strategy report, a Marks & Spencer spokesperson said: “All our products have clear labelling so that customers can make informed choices about what they buy.

“All our Percy Pigs are made with natural fruit juices and no artificial colours or flavourings and last year we also introduced a range of Percy Pigs with one third less sugar.”