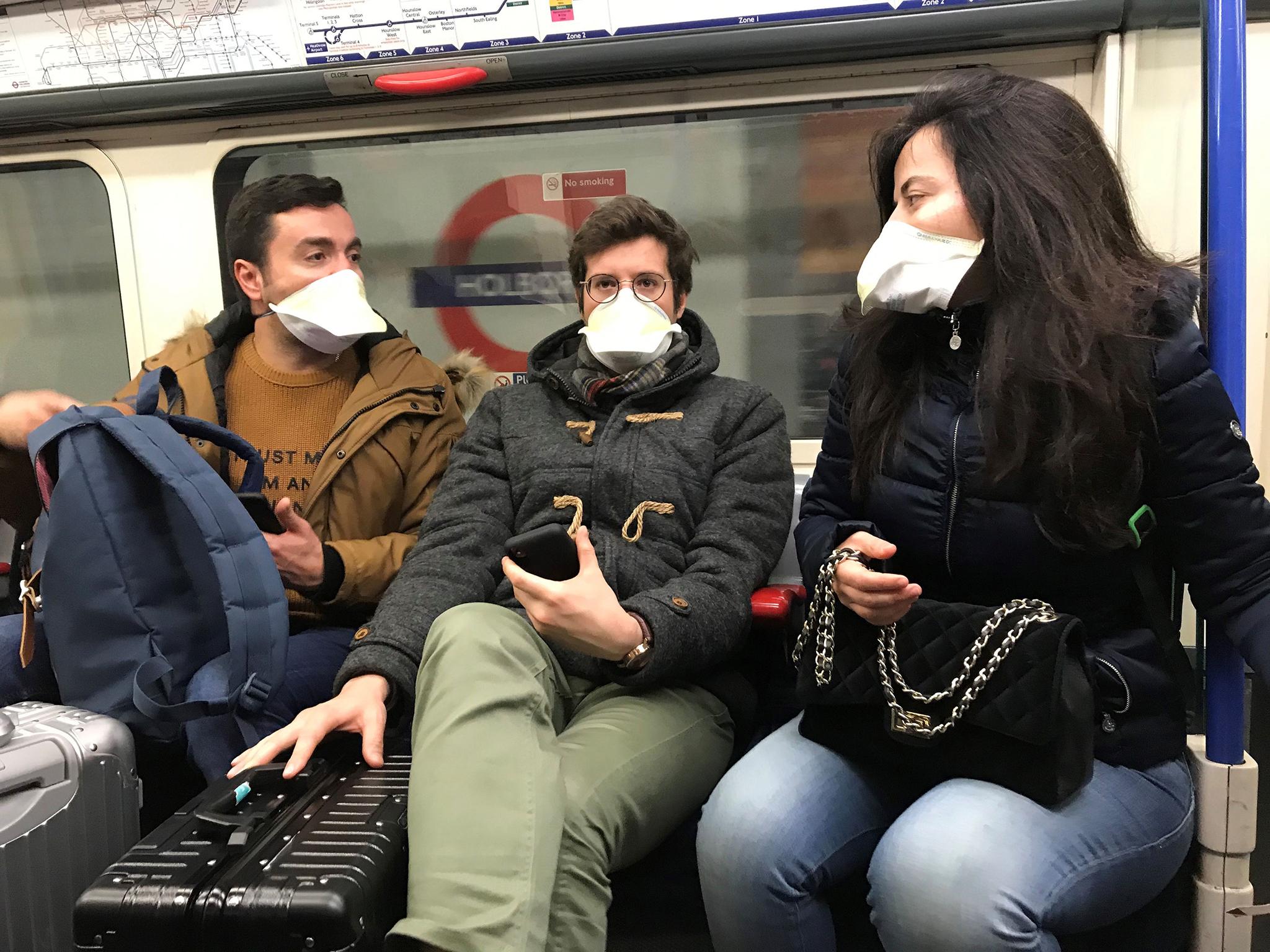 Nearly half of people in Britain believe the government is not doing enough to contain the coronavirus outbreak, according to a poll.

A poll of 1,000 UK adults found that almost one-third were “very concerned” about the virus, with 73 per cent worried about elderly relatives or those considered to be “high-risk”.

Just under half of respondents did not believe that the government was doing enough to contain the outbreak.

Some said that all major festivals and sporting events, such as Glastonbury, Cheltenham Festival, the FA Cup final and the Grand National should be postponed or cancelled to prevent its spread.

More than one-quarter of those polled were worried about the effect the virus would have on their holiday plans, with 14 per cent thinking about cancelling or changing travel arrangements.

Many said they had changed their day-to-day routines as a result of the virus, with 53 per cent washing their hands more often than usual and 40 per cent using an anti-bacterial hand gel.

Almost one-quarter admitted avoiding handshakes while another 14 per cent said they have avoided hugging other people.

A spokesperson for research firm OnePoll.com, said: “Coronavirus has been in the background of our lives for six weeks, but it’s only over the last few days that it’s become something many are beginning to take seriously.

“Previously, it was something affecting other countries – many of which most people wouldn’t have visited, so it was easy to put to the back of your mind.

“But with several confirmed cases in the UK – a figure which is only likely to rise – people are now thinking more about the effect the virus could have on the UK and their own lives.”

The poll also found that 23 per cent were planning to avoid using public transport while 26 per cent would think twice about attending large public gatherings such as concerts or sporting events.

More than one in 10 said they were worried about going to a large family party.

Almost one-quarter said they intended to avoid seeing friends and family members who have been to a country affected by coronavirus while another 21 per cent would stay away from those who have cold or flu-like symptoms.

One-third of those polled thought Glastonbury Festival should be cancelled in a bid to prevent the virus spreading across the UK, while 33 per cent believed the same about this summer’s Olympics.

Almost three in 10 thought Euro 2020 should be put on hold and 23 per cent thought Wimbledon should be scrapped.

The Cheltenham Festival, the FA Cup final and the Grand National were also among the events respondents said should be cancelled in the wake of the virus taking hold in the UK.

But 24 per cent of respondents said that all gigs and concerts should be scrapped while 29 per cent said the same about sporting events.

The survey also found that 47 per cent of parents were worried about sending their children to school in case they caught the virus, while 16 per cent had even considered not sending them to their usual sports clubs.

One-third were worried about what they would do if their child’s school closes.

As preparation for the virus was becoming more widespread, 15 per cent of adults polled said they had already been stockpiling food and essential items while another 18 per cent said they were considering it.

Almost one in five had started to eat healthier food or take supplements to try and reduce their chances of catching the virus.

When it comes to work, two-thirds of adults said that those who can should be able to work from home to stop the spread, while 17 per cent said they or their business had cancelled or rearranged face-to-face meetings.

More than half planned to call in sick to work and self-isolate at the first sign of a high temperature or cough, even if they hadn’t been abroad or knowingly come into contact with someone who had.

Nearly one-fifth admitted they had considered calling in sick to work to claim they needed to self-isolate to try and get some time off even though they were sure they didn’t have the virus.