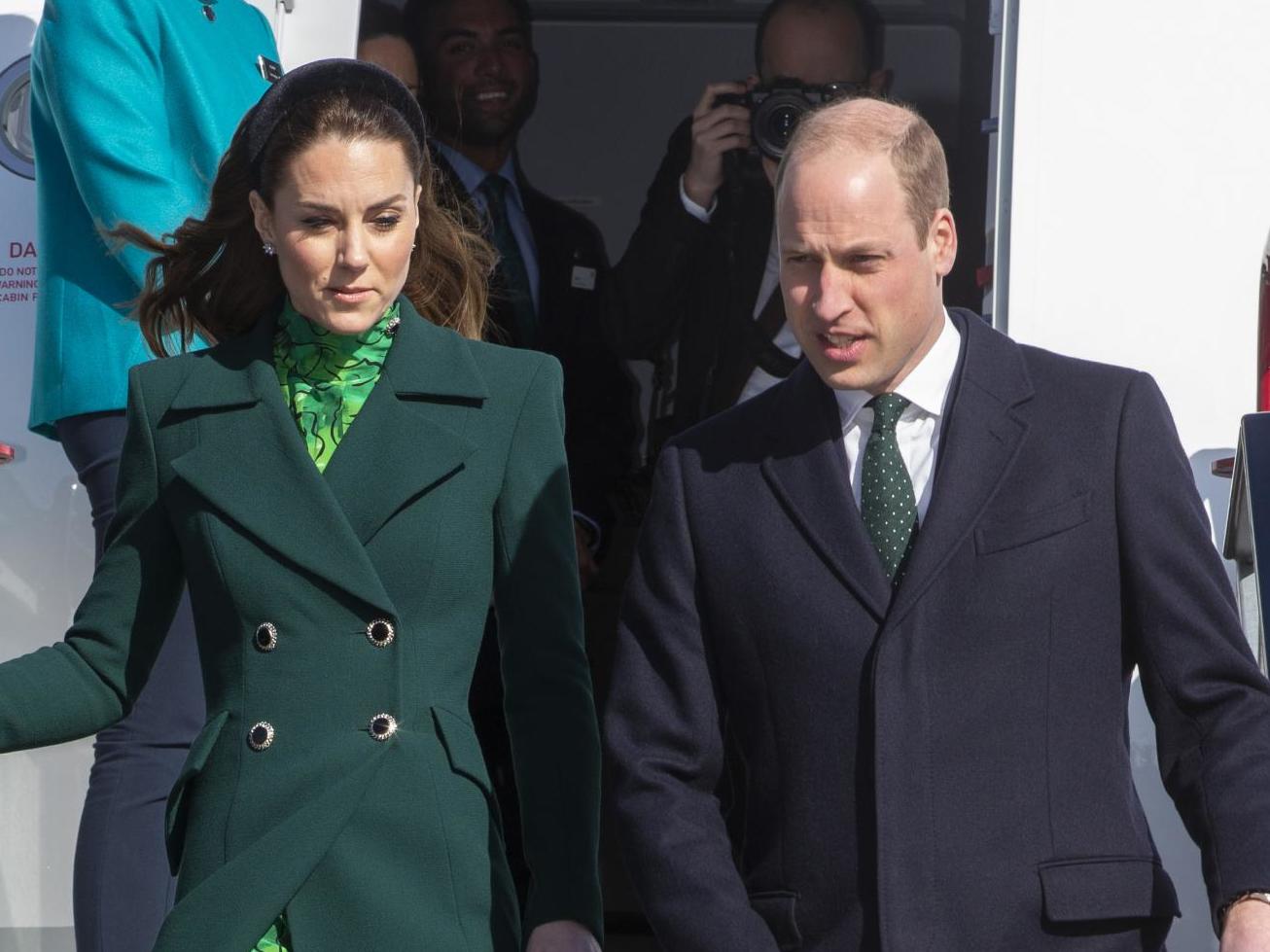 The Duke of Cambridge has joked about unwittingly “spreading” coronavirus while speaking with a paramedic on a trip to Ireland.

On Tuesday 3 March, the Duke and Duchess of Cambridge landed in Dublin for their first official visit to the Emerald Isle.

During their excursion, the royal couple have so far met with the President of Ireland Michael D Higgins, paid a visit to the Garden of Remembrance and sampled a pint of Guinness at the world-famous Guinness Storehouse in the Irish capital.

While attending the reception at the Guinness Storehouse in the Gravity Bar, which was hosted by Britain’s ambassador to Ireland Robin Barnett, Prince William talked about the coronavirus while speaking with emergency workers.

Speaking to Joe Mooney, an advance paramedic with the National Ambulance Service, the duke said: “I bet everyone’s like ‘I’ve got coronavirus, I’m dying’, and you’re like ‘no, you’ve just got a cough’.”

The 37-year-old continued, questioning whether coverage of the coronavirus outbreak appears to be “dramatic”.

“Does it seem quite dramatic about coronavirus at the moment? Is it being a little bit hyped up do you think in the media?” he asked.

Later grimacing in pretend horror, the duke said: “By the way, the Duke and Duchess of Cambridge are spreading coronavirus, Sorry.

“We’re keeping an eye on that, so do tell us if we need to stop.”

During the first day of their three-day tour of Ireland, Catherine and Prince William shook hands with multiple people.

They are expected to continue to do so, as per the advice they have been given in line with Public Health England guidance.

On the same day that the Duke and Duchess of Cambridge embarked upon their trip to Ireland, Queen Elizabeth II took part in an investiture ceremony at Buckingham Palace, during which she awarded honours to notable individuals.

During the ceremony, it was noted that the Queen was wearing large white gloves to fasten the awards onto the recipients’ clothing, despite not usually wearing gloves to do so.

Buckingham Palace declined to confirm to The Independent whether or not the monarch wore the gloves as a precautionary measure due to the coronavirus outbreak.

The Palace would also not confirm whether it was the first time the monarch has ever worn gloves at a ceremony of this kind and would not comment on her outfit.

Several Twitter users commented on the Queen’s choice to wear gloves during the ceremony, with some arguing that the royal often wears gloves for public engagements.

However, a photograph taken during an investiture in November 2019 shows that the Queen was wearing gloves for the ceremony.

There are currently more than 93,000 confirmed cases of coronavirus across the globe, 51 of which are in the UK.

More than 3,000 people have passed away from the virus, while more than 50,000 have recovered.