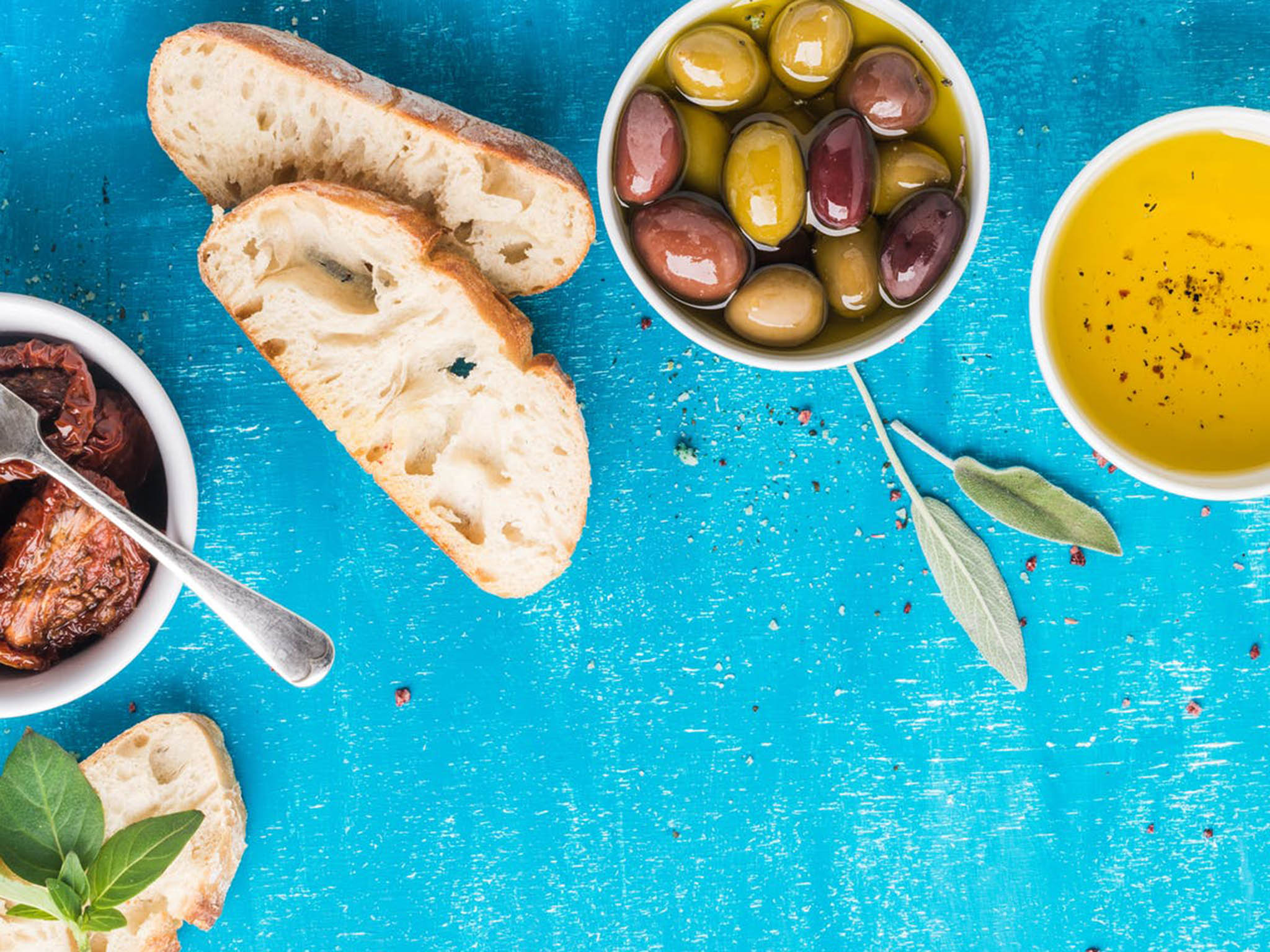 The Mediterranean diet was voted by a panel of 25 health and nutrition professionals as the best diet for 2020. Characterised by plant-based meals, the diet emphasises eating less red meat and dairy, and more fish and unsaturated fatty acids like olive oil. Red wine can be enjoyed in moderation.

Even if you are familiar with the Mediterranean diet, you may not know that it “involves a set of skills, knowledge, rituals, symbols and traditions concerning crops, harvesting, fishing, animal husbandry, conservation, processing, cooking and particularly the sharing and consumption of food,” as described by the Unesco. In 2013, Unesco added the diet to its list of the intangible cultural heritage of humanity.

The Mediterranean region and its food traditions

The Mediterranean area covers portions of Europe, Asia and Africa around the Mediterranean Sea. While many nations share that bio-geography and elements of the diet, only the nations of Cyprus, Croatia, Greece, Italy, Morocco, Portugal and Spain sponsored the diet’s addition to Unesco’s list.

Mediterranean food traditions have deep history, but different ingredients arrived at different times. Olives were first pressed for olive oil sometime before 2,500 years ago. Grapes were likely first enjoyed as wild harvests, but by 6,000 years ago full wine production was underway. Domesticated grains and legumes like wheat and lentils appeared between 9,000 and 10,000 years ago. Fish would have been one of the earliest resources, traded even into non-coastal areas.

In spite of the diet’s guidelines, various red meats and dairy products also enjoy a long history in the region. Domesticated herd animals such as sheep, goats, cattle and camels arrived on the scene at least 10,000 years ago, and dairying goes back at least 9,000 years in Europe. The prominence of red meat and dairy foods in daily meals may have varied regionally, but both are deeply rooted in Mediterranean history.

But these are just the ingredients. Defining a single Mediterranean diet is tricky business. The Mediterranean region encompasses hundreds of languages and cultures, culinary techniques and styles. The ancient past was equally diverse, with millennia of migration and trade across the region bringing new ingredients and culinary innovations. Ask someone in Lebanon if their food is the same as Spain’s, or someone in Morocco if their food traditions are identical to those in Greece.

What’s wrong with the Mediterranean diet?

We are anthropologists who study biological and cultural aspects of nutrition and past foodways as part of human gastro-heritage. And we are simultaneously excited and concerned about the Mediterranean diet in public health messaging.

Health professionals should focus on food traditions rather than just nutrients, and it worries us when one cultural food tradition is held up as superior to others — especially one that has been associated with a history of Western political and cultural imperialism.

Historian Harvey Levenstein writes that the Mediterranean diet was created by physiologist Ancel Keys and his biochemist wife, Margaret Keys. In 1952, the Keys travelled to Italy and Spain and conducted some quasi-experimental surveys of blood pressure, blood cholesterol and diet.

A brief history of Ancel Keys, the physiologist who, along with his wife, popularized the Mediterranean diet.

In the 1990s, the International Olive Oil Council promoted olive oil as a key ingredient in the diet, and the Harvard School of Public Health built the Mediterranean Diet Pyramid.

Promoting the value of all food heritage

The promotion of the Mediterranean diet is an example of what anthropologist Andrea Wiley calls bio-ethnocentrism. Wiley’s study of milk argues that although milk has been promoted as a healthy and nutritious food for all, only a segment of the human species — predominantly those whose ancestry comes from Europe, where there is a long history of dairying — are able to digest the primary sugar in milk (lactose).

Bolstering one region’s diet as universally ideal ignores the long evolution of social, biological and environmental human food traditions through the development and conservation of regional and local cuisines. This includes, as found in UNESCO’s description of the Mediterranean diet, the production, preparation and consumption of food through human skills, knowledge, and social and cultural practices.

In a globalized world with increasing migration, retaining traditional cuisines may seem meaningless. But in fact, it may be more important than ever. Anthropological research shows that migrants work hard to maintain their traditional cuisines as part of their ethnic identity and to support their health and well-being. When a health-care provider suggests to their patient that they adopt a Mediterranean diet, there are several things that can go wrong. Unless the diet is explained in detail, a patient may have a very different idea of what constitutes the Mediterranean diet. More harmfully, if a patient believes that their own cultural food traditions are bad for their health, they may give those up to adopt a diet seen as medically approved.

Syrian women help prepare a typical Syrian meal at the Newcomer Kitchen Project, an initiative for recent Syrian migrant women, held in 2016 at the Depanneur restaurant in Toronto. THE CANADIAN PRESS/Christopher Katsarov

A survey of global food shows that the core principles of the Mediterranean diet can be found in the traditional cuisines and food traditions of many people. In Mexico, for example, the combination of corn tortillas and beans — accompanied by foods like squash and tomato salsas — has yielded complete plant-based proteins that provide a nutritious and sustainable diet. Research on soy-derived and fermented foods found in traditional Chinese cuisines shows they are high in bioactive peptides that can provide protection against disease.

In a world where we are rapidly losing diverse biological and cultural heritage, we should be celebrating the plurality and unique qualities of traditional foods rather than attempting to promote and universalize one regional diet over another. Diverse traditional diets can and should be promoted through public health messaging that is culturally sensitive and inclusive.