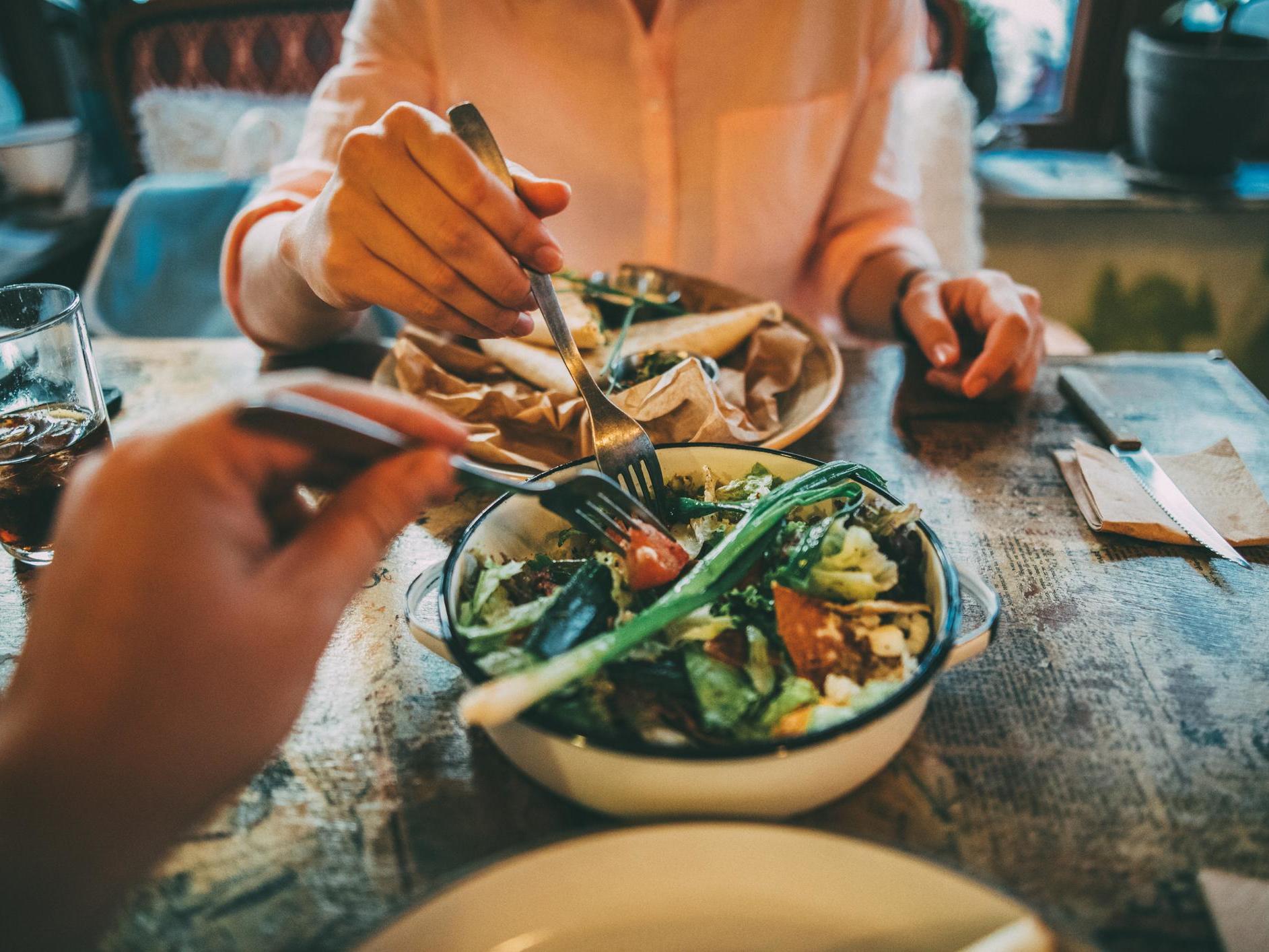 Current health guidelines from the NHS state that adults should eat no more than 6g of salt a day, or around one teaspoon.

However, a recent investigation has found that a number of plant-based meals, which are often perceived as a healthier choice on restaurant menus, contain all or more of the daily recommended limit.

The study, conducted by researchers at Action on Salt, looked at the salt content of more than 290 plant-based products across 45 UK high street restaurants, fast food and coffee chains.

The findings showed that 45 per cent of these meals contained more than half an adult’s daily recommended intake of salt, while one in five provided all or more of the daily limit of salt.

Sonia Pombo, Action on Salt’s campaign manager said the findings showed that some restaurants are “continuing to drown us in salt” under the guise of “a vegan health halo”.

“A plant-based or vegan label does not automatically qualify a product as healthy,” she said.

“It is time for restaurants and cafes to step up and start making food that is healthy for us and better for the planet.”

Zoe Davies, a nutritionist at Action on Salt, agreed, adding that restaurants have a responsibility to provide customers with nutritional information so that they can make more informed choices.

“Making healthier choices isn’t always the easy option, but whereas much of the retail sector voluntarily displays clear nutrition information on the front of their packaging to help shoppers find the healthier options, the eating out sector have yet to be as transparent,” she said.

“We therefore need to see clear nutritional information displayed both online and on menus, to make it easier for diners to make genuine, informed healthy choices.”

A spokesperson for Wasabi told The Independent: “Wasabi are constantly looking to reduce salt content where possible and are currently developing new vegan dishes with lower salt in mind.

“Across the extensive Wasabi menu, there are also many dishes which offer a balanced meal”

The Independent has also contacted Bella Italia, Papa John’s and Chiquito for comment.