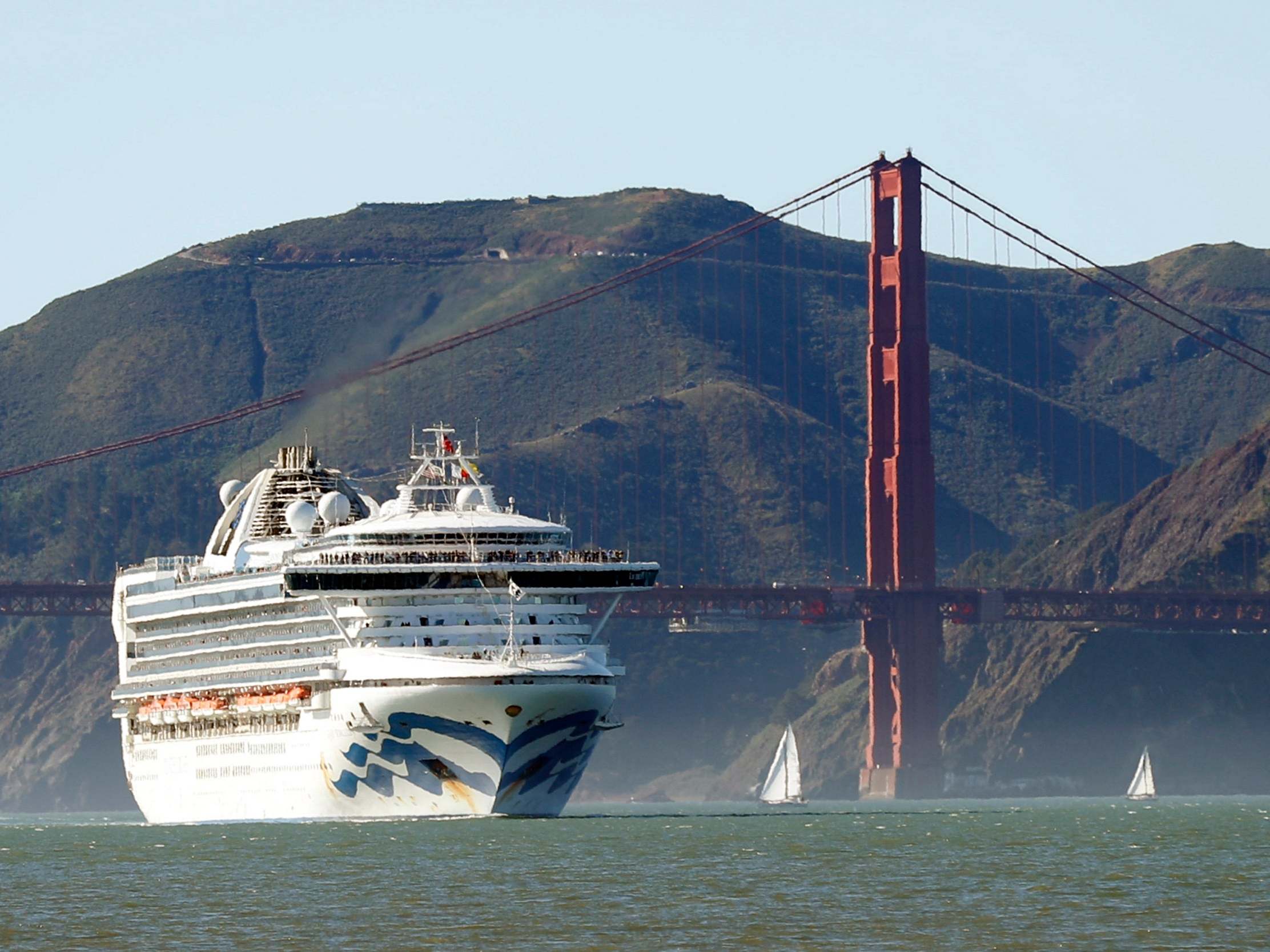 A cruise ship linked to California’s first coronavirus death is being held off the coast of San Francisco as those on board are tested for the disease.

Thousands of passengers who were on a round trip from San Francisco to Hawaii are stranded on the Grand Princess after 11 passengers and 10 crew members reported possible symptoms.

California governor Gavin Newsom declared a state of emergency after a 71-year-old man who travelled on the same ship on an earlier voyage died on Wednesday — the first US death outside of Washington state.

The Bermuda-registered ship will remain offshore “until all the testing and the new protocols and regimes are put into place to secure their arrival,” Mr Newsom added.

The vessel had been due to arrive in San Francisco on Wednesday evening.

The man who died this week was one of two passengers diagnosed with coronavirus after travelling on the Grand Princess on a voyage between San Francisco and Mexico last month. The victim, from Placer County near Sacramento, had underlying health conditions.

Mr Newsom said the second infected patient was “gravely ill,” and authorities were trying to contact all 2,500 passengers – roughly half of whom are from California – who were on the earlier trip. Between 50 and 60 people were passengers on both the voyage to Mexico and the trip to Hawaii, according to the ship’s manifest.

The Grand Princess is owned by Princess Cruises, the same line as the Diamond Princess cruise ship which was quarantined in Japan for more than two weeks and which reported more than 700 cases of coronavirus.

Six passengers of the Diamond Princess died after contracting the disease.

Eleven people have died in the US due to coronavirus.

The number of confirmed cases of coronavirus in California has risen to 54 – the highest number of any US state.