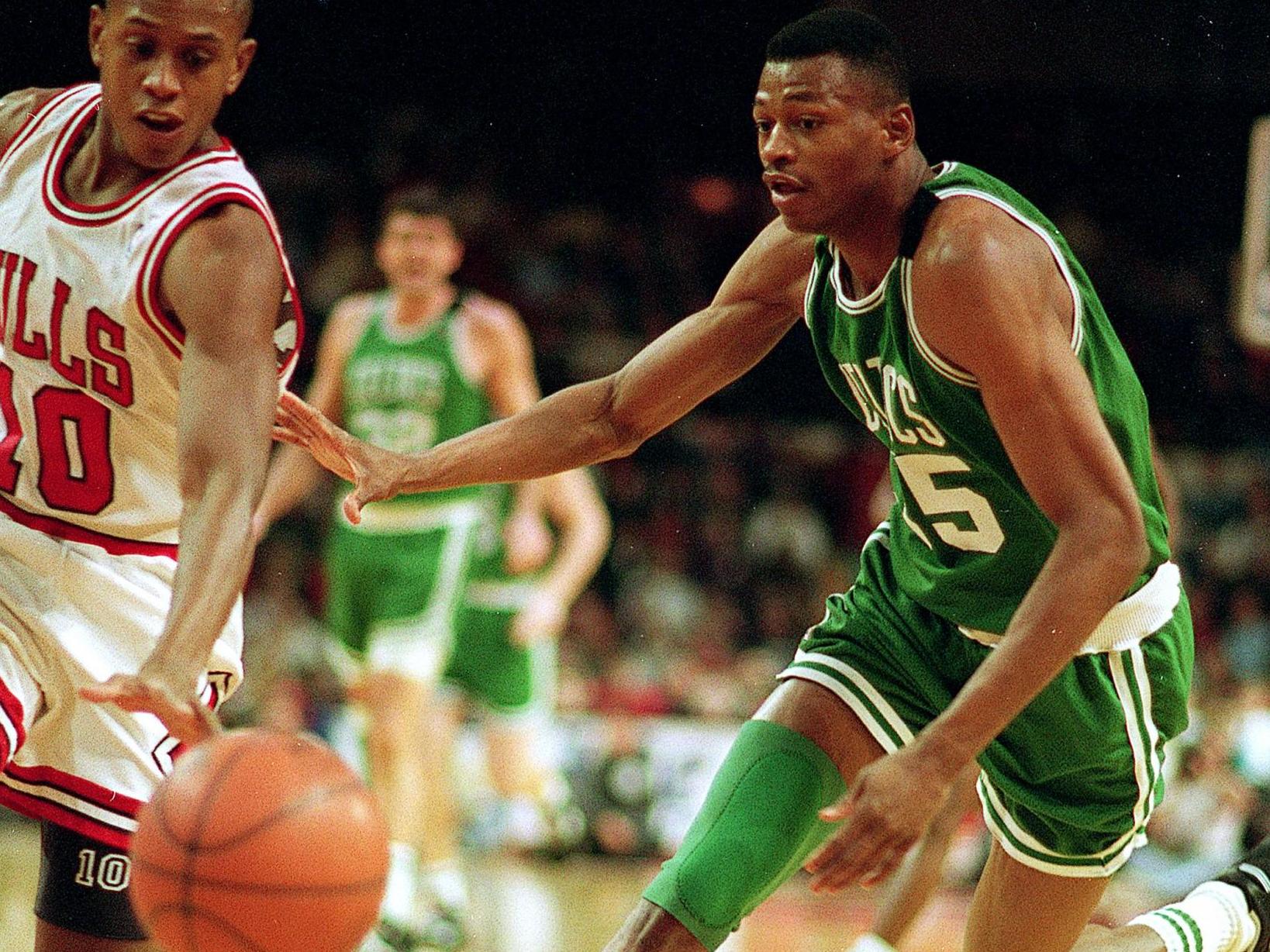 Jay Schneider wants the spitting to stop. He sees players spit when he flips on an MLB game, or when he watches his 16-year-old play in a Minnesota youth league. It drives him mad. At the Mayo Clinic, Mr Schneider is a leading researcher of how Covid-19, the disease caused by the novel coronavirus, affects the heart. What Mr Schneider is learning in his work troubles him with increasing gravity.

It makes him wish even young, healthy people would take every precaution not to spread the coronavirus and he knows tiny droplets of saliva are an ideal vessel for it. Baseball players don’t stop spitting, Mr Schneider thinks, because they don’t consider, or don’t know, the consequences of contracting the virus enough to break the habit.

“They think: ‘If I get it, it’s not a big deal; it’s going to be like having a cold,’” Mr Schneider said. “It may not just be a cold. It may end your sports career. Hopefully not, but there is a sense it’s much more serious than we are thinking, or in particular our young athletes are thinking.”

Mr Schneider is one of many cardiovascular experts concerned about the nascent, growing body of evidence about how Covid-19 affects the heart. The studies have not focused on athletes, but their findings have implications for the sports world. Research raises the possibility that athletes who recover from Covid-19 may face dire or lasting heart complications, and medical experts have urged cardiac screening for athletes returning to play after contracting the virus. Two high-level athletes – including the projected Opening Day starter for the Boston Red Sox – have reported heart issues in the wake of recovery from Covid-19.

Many questions remain unanswered and they are coming at a pivotal time. Scores of NFL and college football players have opted out of competing this year, owing to concerns regarding Covid-19. Thousands of high school, college and professional athletes are returning to play, and inevitably some will contract the virus. Guarding against the possible effects the disease has on the heart will be crucial, and maybe even lifesaving.

Infectious-disease and cardiovascular experts do not have enough data to make conclusions about how Covid-19 might affect an athlete’s heart, and even recent studies of other populations require further validation. But what they have seen has alarmed them.

“We have very strong, serious concerns about the potential for Covid to affect athletes cardiovascularly,” said Michael Emery, co-director of the sports cardiology department at the Cleveland Clinic. “When you look at Covid in general, there seems to be a higher predilection for involvement with the heart than about any other virus we’ve seen.”

Emery said cardiological experts worldwide have published several significant papers regarding Covid-19 and athletes. “All the papers agree that there should be a heightened level of concern with this virus and cardiac involvement in athletes,” Mr Emery said. While the specifics and suggestions of how to manage the risk differ in those papers, “the overall level of concern is greatly there”.

Dean Winslow, an infectious-disease doctor at Stanford University, said research has shown that as many as 20 per cent of people who recover from Covid-19 show cardiac abnormalities.

Since the coronavirus started its spread, the lungs have been at the centre of its effects. The virus enters the body through the lungs and can cause severe pneumonia that demands intensive care and intubation. But doctors have long suspected Covid-19 also affects the heart. Heart muscle cells have ACE-2 receptors, which the coronavirus uses to enter cells. The lungs, Mr Schneider said, are the only place in the body with more of them than the heart.

“It’s turned out, now that we’re getting more long-term data, the virus also affects the heart,” Mr Schneider said. “And perhaps in a very serious way.”

Jonathan Kim, a sports cardiologist at Emory University, called a recent study out of Germany published in the Journal of the American Medical Association particularly concerning. Researchers gave 100 patients who had recovered from Covid-19, two-thirds of whom had suffered mild or no symptoms, cardiac MRI exams. The tests showed that 78 per cent had some kind of cardiac abnormality, and that 60 per cent showed inflammation consistent with myocarditis.

The study was composed of middle-age people and Mr Emery said he would expect athletes as a group to fare better. But the results – that people with mild symptoms could suffer heart complications as a result of Covid-19 – still startled him and his colleagues.

The findings were bad news for everyone in a general way and scary news for athletes in a specific way. An infection of the heart can cause myocarditis, an inflammation of the heart muscle. Myocarditis can lead to arrhythmia, cardiac arrest and death, especially in a person who does not know they have it and performs rigorous exercise.

Among the mercifully rare instances of sudden death among athletes, myocarditis is one of the most common causes. Reggie Lewis, a 27-year-old Boston Celtics star, collapsed at a practice before a playoff game in 1993 and later died of it. Hank Gathers, a 23-year-old at Loyola Marymount, died in 1990 of cardiomyopathy, a form of heart failure often begot by myocarditis. Myocarditis causes about 75 deaths per year in athletes from 13 to 25, according to the Myocarditis Foundation.

In early August, the Red Sox ruled out starting pitcher Eduardo Rodriguez, who tested positive for the coronavirus at the start of the team’s summer camp, for the season after an MRI exam showed he had myocarditis. “That’s the most important part of your body, so when you hear that … I was kind of scared a little,” Mr Rodriguez told reporters. “Now that I know what it is, it’s still scary.”

This week, Deborah Rucker, the mother of Indiana offensive lineman Brady Feeney, posted on Facebook that her son had encountered heart problems, among other ailments, in the wake of a positive coronavirus test. She told the Indianapolis Star that doctors from the school gave Mr Feeney an electrocardiogram and did bloodwork. The screening raised concerns, Ms Rucker said, and Mr Feeney will see a cardiologist for further evaluation.

Cardiovascular experts say testing should be standard. In May, Mr Kim and Mr Emery helped write guidelines for the American College of Cardiology for athletes returning to play after recovering from Covid-19. They stressed the importance of cardiovascular screening. Athletes, they said, should undergo an EKG, an ultrasound of the heart called an echocardiogram and a blood test for a protein called troponin that would reveal cardiac injury.

“We were concerned to begin with, and our original guidelines were out of an abundance of caution,” Mr Emery said. “Now our more recent MRI data from last week continues to raise that caution level even higher.”

The way Covid-19 may affect the hearts of even healthy people has been particularly concerning. Earlier this week, Mr Winslow was discharged from Stanford’s hospital a “perfectly healthy” 23-year-old, thin and athletic, who had Covid-19 six weeks ago. She had been admitted because of a rapid heart rate. Tests revealed that her ejection fraction – the volume of blood that leaves the heart each time it contracts – was at 52 per cent. Normal is 65 per cent. Doctors saw abnormalities in the motion of the walls of her heart.

“I’d like to caution young people: please, please do not deliberately get infected or even be cavalier in risk-taking in your behaviour,” Mr Winslow said. “Not to scare people or anything, but this is very real.”

The impact of the coronavirus on the heart could also have a less frightening impact on athletes. Eike Nagel, one of the German study’s authors, said in an email that the specific effect on athletes is still unknown but that the leading opinion is that they should exercise caution. “We believe they should refrain from high-end competition until they feel really well again,” Mr Nagel said.

While the data is not conclusive, Mr Nagel said: “I think we will see quite a few infected athletes having a reduced fitness for quite a while.”

Myocarditis, Mr Kim said, is a variable disease. The way it presents, the severity and the long-term effects are difficult to predict. One certainty, Mr Kim said, is that when it is diagnosed, athletes need to be restricted for a minimum of three months. And so even relatively mild cases could be disruptive for an athlete.

“This is a disease process that really does require our respect,” Mr Kim said. “If an athlete made that determination that they wanted to opt out because of [concerns about heart complications should they contract the virus], it wouldn’t be inappropriate. The majority are going to be fine. To outright tell an athlete: ‘Oh, don’t worry about it; if you get it, you’ll be fine,’ I think that would be misinformation passed on to them.”

But the biggest cause for concern for cardiologists is the notion that Covid-19 could lead to an increase in a condition that, in rare instances, leads to sudden death. While cases will be scarce, doctors said, the consequences demand alarm.

“The problem with the heart is if you’re wrong, you’ll end up … dead,” Mr Schneider said. “That’s what is so scary about the heart. A misjudgment can be fatal. That’s why it’s going to have a huge impact on sports. That’s why we need to get kids to stop spitting.”