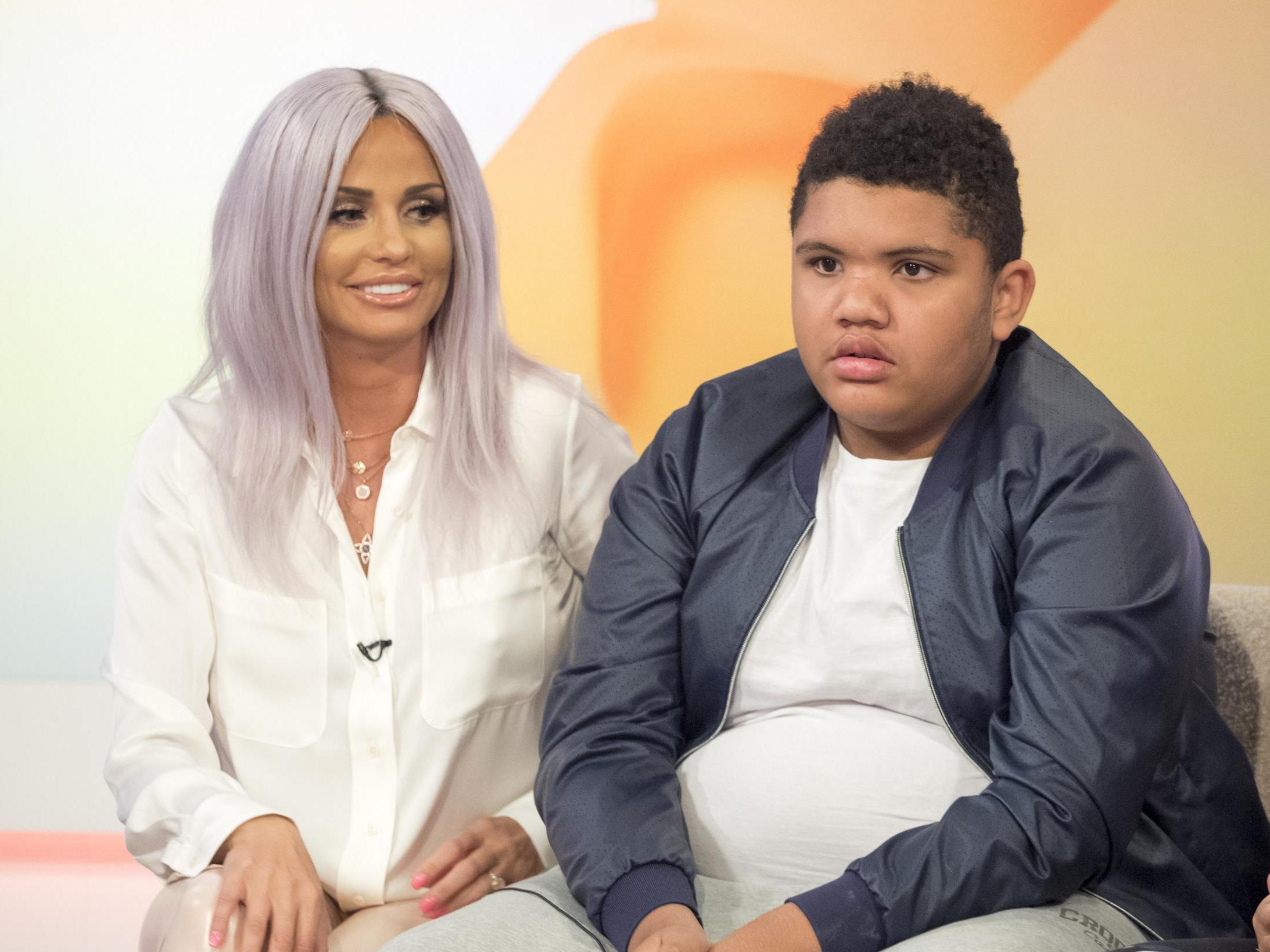 Katie Price has spoken about what it was like to see her son Harvey in intensive care, describing the experience as “horrible”.

Last week, Price confirmed that her eldest child Harvey had been taken to intensive care. The television personality did not state why the 18-year-old required hospitalisation.

Harvey, who was born on 27 May 2002, has partial blindness, autism and Prader-Willi syndrome, a rare genetic condition that can cause physical issues and behavioural difficulties.

The teenager has since been moved out of intensive care, where he stayed for several days.

In a new interview with New magazine, Price discussed what it was like to witness Harvey being treated in intensive care.

“It’s awful seeing him in there with all the tubes in him,” said the 42-year-old, who has five children.

“And when they put him into intensive care, he was ill but he still managed to shout ‘I want my mummy’.”

Price added that at one point, she was stood outside the room with her second eldest son, 15-year-old Junior.

“I was standing outside the room with Junior and they wouldn’t let me in. It was horrible,” she said.

Harvey has since been allowed to see visitors, receiving a visit from Price and her two youngest children, six-year-old Jett and five-year-old Bunny.

During her interview with the magazine, Price said that her ex-husband Peter Andre is due to pay Harvey a visit in hospital.

The couple were married from 2005 to 2009 and share two children together, Junior and 13-year-old Princess.

“Over the years we’ve had our ups and downs, but Pete has been really supportive about it,” Price said.

“He’s asked to go to the hospital. He can’t do it without me, so he’ll come and visit Harvey with me. How’s that for an amazing improvement?”

Kieran Hayler, to whom Price was married from 2013 to 2020 and with whom she shares her two youngest children, shared messages of support for Harvey on Instagram.

“Such a fighter,” he commented on one Instagram post, which showed several pictures of Price and Harvey in hospital.